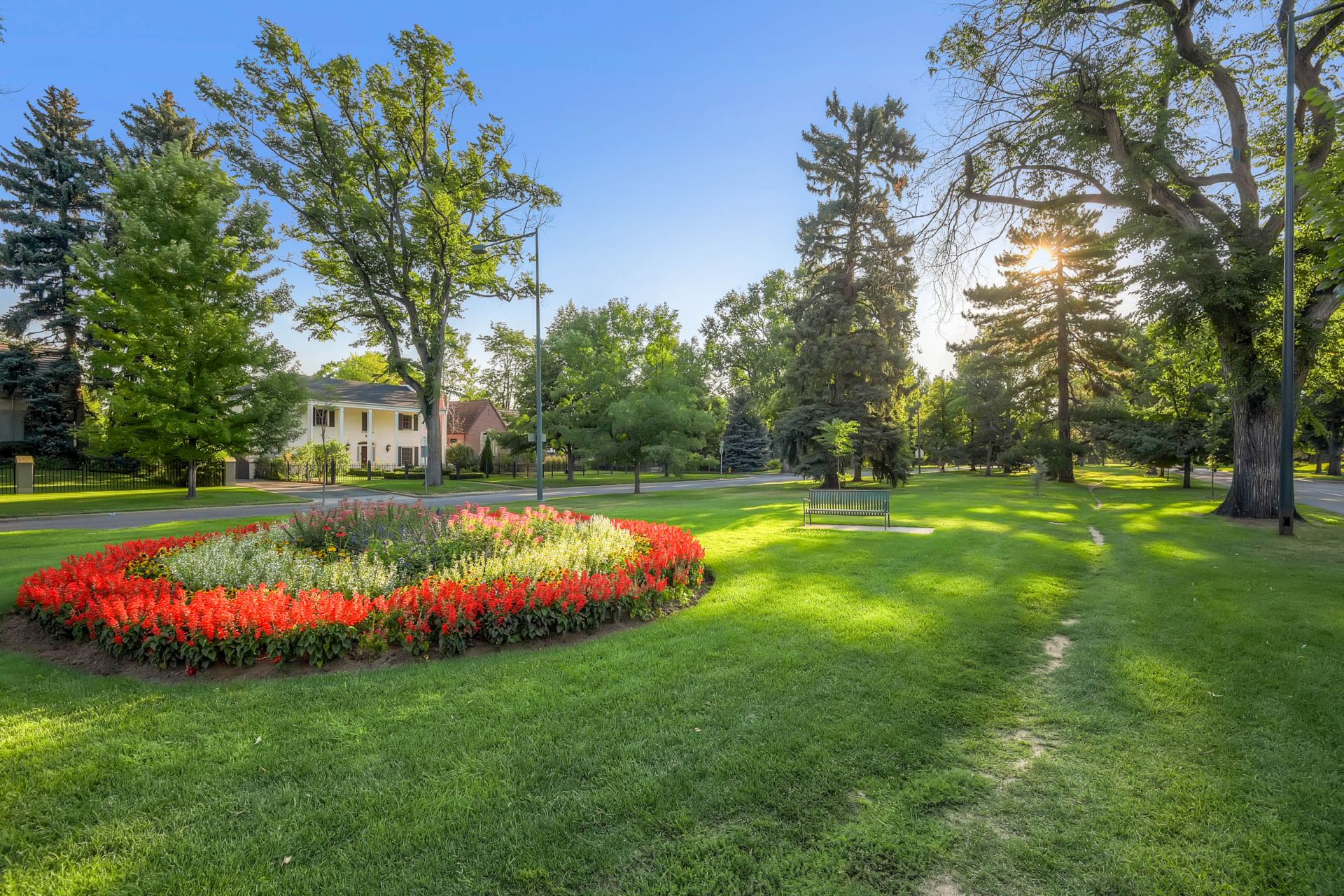 Second to the development in Cherry Creek, Hilltop has seen some of the most drastic change of all the neighborhoods in Denver over the last few decades. Many of the 1950’s and 1960’s ranches have given way to the McMansion boom in the 1990’s. Home to an array of Traditional, Modern and Spanish style home this is a great option for larger homes situated on large lots with close access to Cherry Creek.

While mostly residential, there are a few shops and restaurants that call Hilltop home. The newest and most welcome restaurants sit right on the border to Crestmoor on Holly Street featuring Park Burger and High Point Creamery (try the ice cream flight). Some of the old standbys include Pete’s Fruits and Vegetables, Locanda Del Borgo and The Cheese Company Deli. Love tennis? Check out The Denver Tennis Club nestled right in the middle of the neighborhood.

The area’s first settlement, a lone cabin erected in 1859 beside the Cherokee Trail – – the heavily traveled route led to Denver along Cherry Creek – – has been preserved at Four Mile Historic Park. A treat for the entire family, Four Mile’s traditional Fourth of July, is not to be missed.

In 1885, after water from the South Platte arrived via the City Lateral Canal, a branch of the Highline Canal, more people began to settle in Hilltop proper. Winding its way more than 84 miles south and east of Denver, the Highline Canal is now a popular recreation trail frequented by dog owners, joggers, and bicyclists.

Although Hilltop’s earliest subdivisions were annexed by Denver in 1893, the area remained a rural enclave until the 1920s, when the University of Colorado School of Medicine moved to the corner of East Eighth Avenue and Colorado Boulevard and drew numerous professionals to the area. By the 1950s, the neighborhood encompassed more than 700 homes.

Hilltop boasts a wealth of parks, period architecture, and manicured yards. Cranmer Park, Burns Park, and Robinson Parks lie within the neighborhood, while a half-dozen others including Crestmoor Park, Pulaski Park and Cherry Creek Bikeway, Mayfair, and Lindsley are just blocks away.

Cranmer Park offers a spectacular panorama of the Front Range Mountains from a flagstone promenade engraved with the names and altitudes of prominent peaks. The park name honors George Cranmer, who oversaw Denver’s parks between 1935 and 1947 and helped establish both Red Rocks Park and Winter Park Ski Area.

Adjoining the park at its apogee, the Mediterranean-Renaissance Cranmer Mansion (a designated Historic Landmark) designed by the renowned Jules Jacques Benedict, is typical of the magnificent homes, both old and new, that grace much of Hilltop.

Hilltop is the 55th most walkable neighborhood in Denver with 8,088 residents.

Hilltop has some public transportation and is somewhat bikeable.