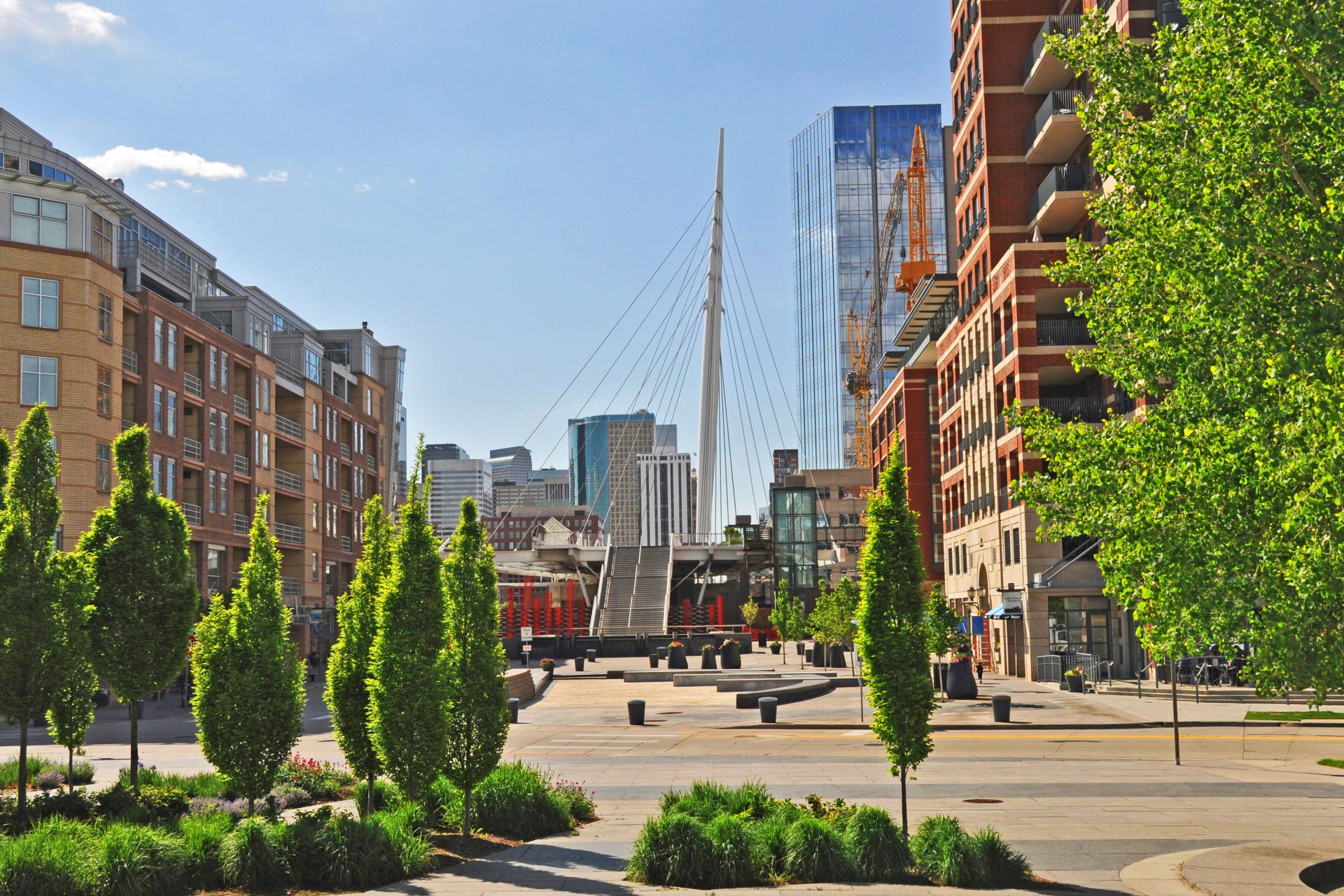 The historic lofts, charming townhomes, and elegant high rises of LoDo offer an idyllic Parisian lifestyle where the urbane and sophisticated dine en plein air at charming area bistros and relish the option to walk, bike, or ride the bus or Light Rail in lieu of driving.

In pedestrian friendly LoDo and the adjacent Platte Valley Greenway, adopting a car-free lifestyle is easy and likely to improve health, increase peace of mind, and help protect the environment. Enjoy the colorful pageantry that only LoDo can offer. You'll never lack for stimulating things to do and see.

After a protracted period of decline that began with the Silver Crash of 1893 and lasted nearly a century, a revitalized LoDo offers a 21st century version of the glittering Silver Boom era, when bustlingLarimer Street was justifiably called "the grandest thoroughfare between Chicago and San Francisco" and favorably compared with New York's Broadway for "enterprise, stability, and rush."

In those heady days, one might well cross paths with the likes of Buffalo Bill Cody, Bat Masterson, Calamity Jane, Soapy Smith, and other frontier icons out and about on the dusty streets. Indeed, Larimer Street epitomized the classic "Old West" as portrayed by Hollywood: teeming with cattle barons, Indians, gunfighters, wagon trains, salon keepers, madams, miscreants, and gold miners.

Today, a different breed roams this robust heart of Denver, where the streets bustle night and day with shoppers, nightclub hoppers, sports fans, business people, and tourists. The landscaped paths along the South Platte and Cherry Creek provide walkers, joggers, and cyclists with safe, picturesque access to one of the most extensive urban trail systems in the nation.

Confluence Park, site of Denver's first settlements, is rife with kayakers from dawn till dusk while skate boarders cavort in the sculpted bowls of the nearby Denver Skate Park. On summer evenings, eager locals gather on the grassy knoll above the river for free concerts and movies.

At 16th Street, where Commons Park rolls along the banks of the Platte, three pedestrian bridges link LoDo to Platte Street, Denver's "Left Bank" and "The Highlands," one of Denver's trendy neighborhoods. The architecturally intriguing bridges include the landmark cable-stayed Millennium Bridge and a spectacular new span across I-25.

Shopping and dining likewise abound at adjacent Writer Square and the recently updated Tabor Center, with the Cheesecake Factory, the Palm at the Weston Hotel, an upscale food court, and a host of classy boutiques.

The club scene jumps with jazz, dance, and comedy, while a dazzling array of restaurants offers fast food, sushi, gourmet delicacies, succulent steaks, and everything in between. Or mingle with art mavens and bohemians at LoDo's diverse selection of galleries, artists studios, coffeehouses, and open-air markets.

Rail lines, light rail, buses, and the free 16th Street Mall Shuttle connect LoDo residents to Downtown Denver, Larimer Square, DIA, the Denver Tech Center, and even the mountains. As time goes by, the lure of LoDo grows ever stronger and it continues to earn national plaudits as one the country's premier urban communities.

Libby! List My Home
Get Your Home’s True Value
Ask Your LoDo Expert